When Quoting the Bible is Unbiblical 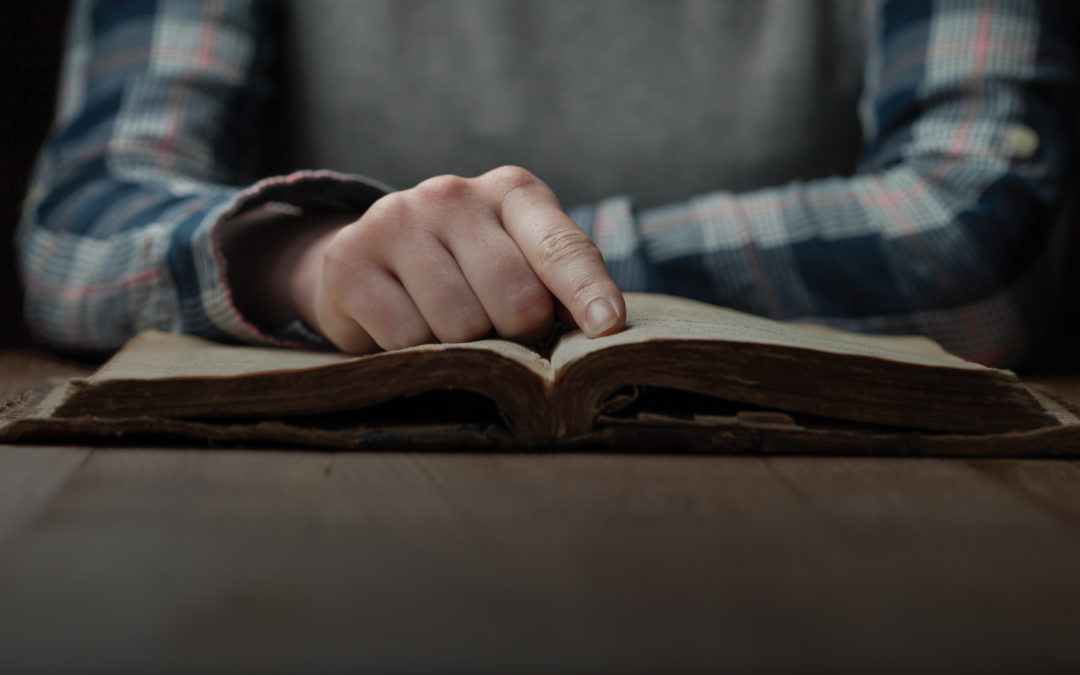 You have likely heard and read things – cute little sayings – that you recognize immediately as being extra-biblical; that is, you know they are not found in the Bible. For instance, “Cleanliness is next to godliness,” or “God helps those who help themselves.” Some are more elaborate. My mother had a plaque in her kitchen that read, “Christ is the Head of this house, the Unseen Guest at every meal, the Silent Listener to every conversation.” These types of sayings and placards are often referred to as “kitchen corner scriptures.” In other words, they are not found in the Bible, but they are often found on kitchen walls, and they are often quoted as if they are as authoritative as God’s Word. Clearly, they are notGod’s Word, though in many cases – not all – they are not bad sayings.

Occasionally, you may come across a saying like these that actually strikes a chord of sound wisdom, but it is still extra-biblical: “The Bible will keep you from sin, or sin will keep you from the Bible.” And then there are those sayings from trusted leaders, maybe even pastors, that encourage us, but are nonetheless extra-biblical: “Blessed are the flexible, for they shall not be broken.” Sometimes they express biblical principles, but they are clearly not biblical quotes. That does not make them “dangerous,” per se, unless someone begins to believe they actually are biblical, or they believe them to be as authoritative as God’s Word. Again, most reasonable Christians can tell the difference between an adage and a Scripture.

What is more dangerous, in my opinion, is the taking of Scripture – or portions of Scripture – out of context, and using said Scripture to make a point; even a biblical point. Our enemy, the devil, is masterful at this. He did so in the garden with Mother Eve, and he attempted to use the same tactic with our Lord Jesus in the wilderness. The “father of lies” often uses truth – twisted truth and half-truths – to promote his lies. That is, he often uses right information with the wrong implication; lies. Also, he often attacks in three essential areas. They are listed for us in 1 John 2:16 where we read, “For all that is in the world–the lust of the flesh, the lust of the eyes, and the pride of life–is not of the Father but is of the world,” (NKJV). While it is not my intent to spend too much time on the tactics of the enemy, it is noteworthy that he is one who often misquotes or twists God’s Word to persuade his listeners.

No doubt, none of us intends to be guilty of misquoting or misusing Scripture. Certainly, when we quote Scripture, whether it be a verse, a partial verse, or whole section or passage, we intend to do so without malice and with the intent of encouraging others or ourselves to do good. Unfortunately, good intentions do not grant us a pass on bad eisegesis. In other words, even if you mean no ill, you are still responsible for how you use God’s Word. And every word of God is sharp (Hebrews 4:12), and we are encouraged to learn to use it skillfully and biblically (2 Timothy 2:15).

It is of the utmost importance to remember, especially when quoting Scripture, that context is king. Every word, every statement, has a context. We have become so accustomed in modern society to listening to short soundbites that we can often, unintentionally, allow ourselves to take the same approach to God’s Word.

Several verses and passages are often butchered by well-meaning folks who desire to encourage others to do well. We will look at just a few to get an idea of what we are talking about here.

First under the spotlight is a sentence I often hear quoted to encourage Christians to gather in a common building or to encourage them that Christ is meeting with them in their gathering. It goes like this, “Remember, Jesus said wherever two or three of you are gathered together in My name, there I am in the midst of you.” Have you ever heard that one? It is often quoted either at the beginning of a church service or Bible study, or it is used to encourage folks to return for the next gathering. The implication is that if you want Jesus to be in our midst, you had better be sure to come out next time. Or, in some cases, it is used to reassure smaller gatherings by saying, “Look, even though there are just a few of us here, Jesus promised to be in our midst, even when there are only two or three gathered in His name.” Of course, the only problem with using this Jesus quote for these purposes is that little thing we mentioned earlier: “context!”

Yes, Jesus definitely said, “For where two or three are gathered together in My name, I am there in the midst of them,” (Matthew 18:20, NKJV), but to whom was He speaking and what was the context? In verse 16 of the same passage, He is actually quoting the principle of Deuteronomy 19:15 and relating it to a brother who has offended or defrauded someone else to the point of stumbling them in their faith. In other words, He is talking about church discipline and the very real possibility of excommunicating a person from fellowship. And He is encouraging His followers that when they have carefully exhausted every other avenue and resource for restoration, if the offender will still not repent and make restitution, and if it has been verified by the mouth of two or three witnesses to the point that a decision has been made to dismiss someone from gathering with them, “I am there with you, in your midst.” Quite frankly, it is a very solemn and heavy statement. It carries with it a two-fold truth. First, “I am there with you, listening to every word of testimony.” Second, “When you are deciding to kick someone out of fellowship, remember that I am there with them as well. You need to get this right.”

Another famous quote of a partial verse is common among athletes, actually. A few years back, one particular collegiate athletic program was inundated with Christians. It was quite inspirational, actually, to watch so many of these physically fit young people share their faith in television and sports magazine interviews. They were quite bold in their faith, and they became famous for marking their uniforms and towels with Philippians 4:13. The Press often referred to them as the “Phil 4:13” athletes. Other athletes in other programs soon began marking their uniforms and quoting Philippians 4:13, “I can do all things through Christ who strengthens me.” Pretty cool, right? Just one problem: “context!”

Philippians 4:13 has nothing to do – zero – with helping you score more points or run faster or jump higher than your opponent. Nothing whatsoever! You cannot even stretch that verse, within its correct context, to come anywhere close to promising you any kind of athletic prowess, or experiencing some sort of success in your endeavors. It simply has nothing whatsoever to do with how well you will fare in your endeavors, and certainly has nothing to do with you successfully clearing a high jump or scoring points in sports.

Finally, we come to another misquoted Scripture, but this one, I am afraid, actually does quite a bit of harm to people’s faith. We often hear well-meaning people say, “The Bible says God will not give you more than you can handle.” Whenever I hear people say that, I want to hand them a Bible and ask, “Chapter and verse, please?” I have been a Christian and Bible student for 50 years, and I can tell you that the above statement is nowhere to be found in Scripture. In fact, the Bible is rife with examples of the exact opposite. God seems to be in the business of giving us more than we can handle. He appears to do so because He delights in our coming to Him for His providence, His wisdom, and His provision.

Remember, in the beginning, man was created in innocence and was dependent upon God and walked with God daily in the cool of the day. When man rebelled against the Word of God, fellowship was broken when innocence was lost. But it has always been God’s desire to walk in fellowship with His image-bearers. Thus, when we are overwhelmed with “more than we can handle,” it is almost instinctive to cry out to Him for help. Thus, the Psalmist wrote, “From the end of the earth I will cry to You, When my heart is overwhelmed; Lead me to the Rock that is higher than I,” (Psalm 61:2, NKJV).

So where does this idea come from that God does not give us more than we can handle? Why do people think that is what the Bible says?

Well, they usually quote (or misquote) 1 Corinthians 10:13: “No temptation has overtaken you except such as is common to man; but God is faithful, who will not allow you to be tempted beyond what you are able, but with the temptation will also make the way of escape, that you may be able to bear it.” Again, context is the key to understanding and we must heed Paul’s exhortation to diligently “study to show ourselves approved unto God, workman who need not be ashamed, rightly dividing the word of truth,” (2 Timothy 2:15). In 1 Corinthians 10:13, Paul was not telling the person going through difficulty that God never gives them more than they can bear, and it does not matter that a person is trying to be encouraging when they say it. The verse simply does not say that! We must stop misusing it in this way. It actually borders on abuse. Here is why… when a person is struggling with a great difficulty, they sometimes wonder if they are being punished or neglected. Then, when another person says, “God doesn’t give you more than you can handle,” they become even more defeated by feelings of failure and unworthiness: “I must be a terrible Christian, because this is more than I can bear. Heck! Maybe I’m not really a Christian at all.”

Thus, misquoting and misusing Bible verses, even if well-intentioned, is actually quite harmful. We may be guilty of unbiblically quoting the Bible. We may actually be doing more harm than good.